The building is located in the new neighborhood Barrio Parque Donado Holmberg, an area in the city of Buenos Aires where a highway was going to be built. Due to the demolition of buildings, vacant areas occurred, as well as illegally occupied houses. This created the division of the side of the city. The new lineal park, acts like an urban seam, striving to revitalize this area in the city. The new master plan establishes new building regulations regarding height and retreats.

The project proposes to enhance the new public space and block center. Apartments with large balconies or green areas are created, trying to maximize the connection with the urban landscape. We propose to connect common circulations with the block center through a slice, creating an internal corner. This generates a space that can be lived by everyone and not just certain apartments.

At ground level, on the lineal park located on Donado Street, a series of commercial spaces are created in order to emphasize the new vitality of this public space.  The project admits various configurations and apartment typologies.  Reinforcing the idea of the lineal park, greenery in incorporated to the façade using green baskets that divide and connect the different expansions.  An aluminum hand rail, connects all of the units, unifying the different typologies. On the last level, 2 swimming pools are connected by both private and public expansion spaces. 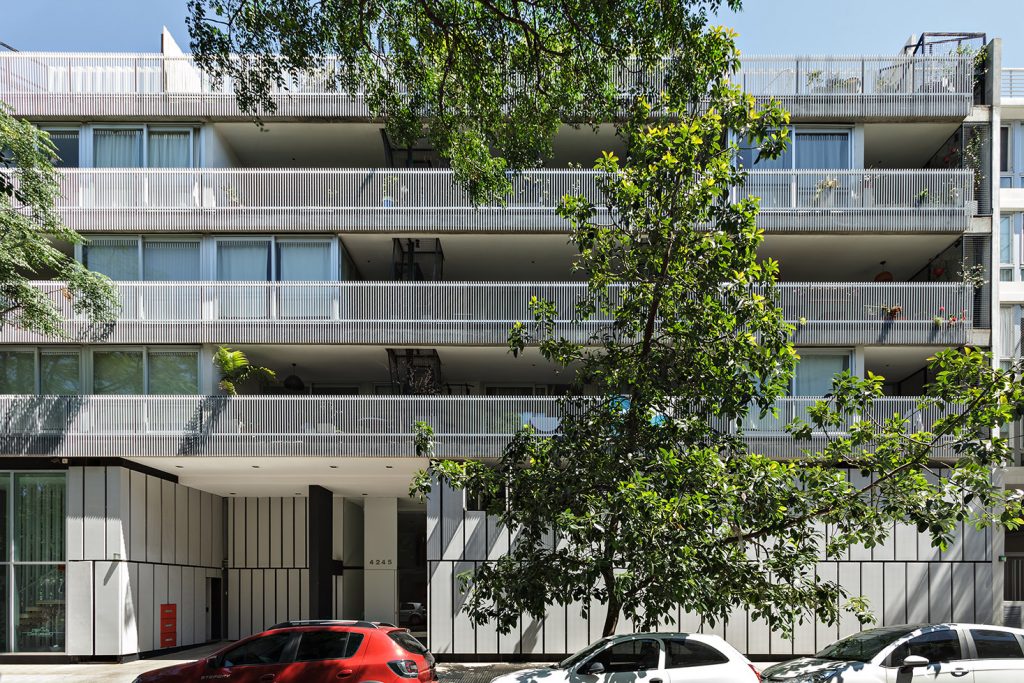