Located in Bariloche, the house develops in a sloped and forested site with a southern orientation and a wonderful view towards the Gutierrez lake.

The integration with the landscape was generated by the materials and large glazed surfaces which connect the interior with the exterior. The house is built by heavy rock walls in both the inside and the outside. In the floor plan, the idea is defined by two 50 cm- thick walls built into each other in the corner both containing and opening the space. The roof was designed in irregularly shaped horizontal stripes that break and overlap each other leaving a gap between them allowing sunlight form the north to enter creating a floating feeling, as if the roof were floating, reminiscent of tree barks. The house responds to the region´s traditional constructive elements, but in a new manner giving them a new appearance and meaning. 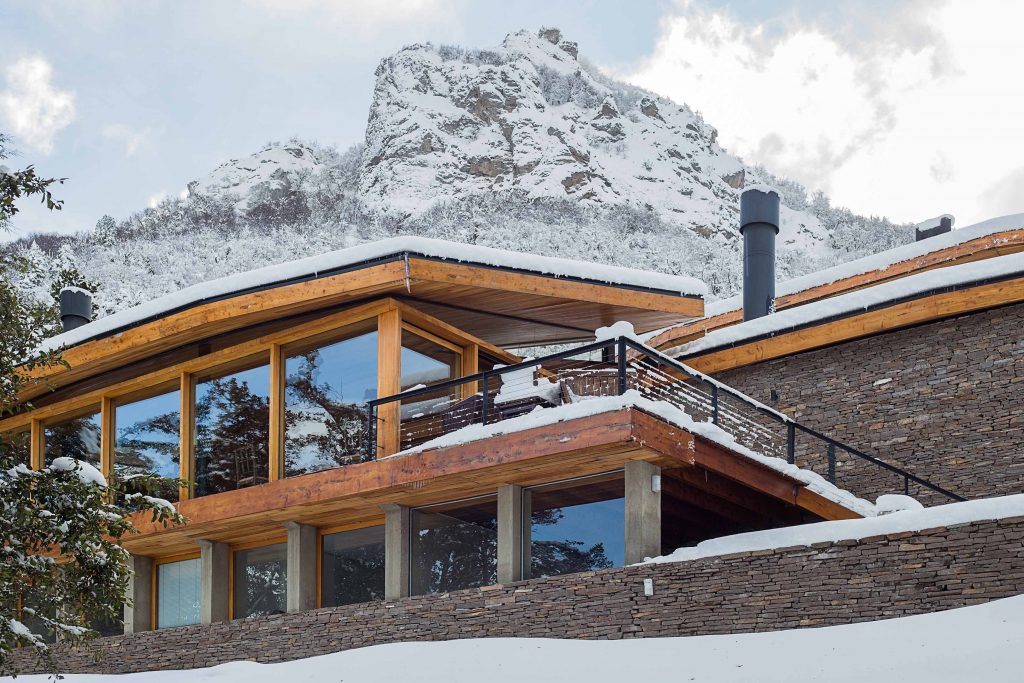